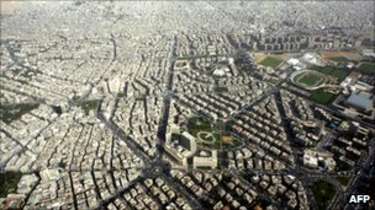 You may be right, Eratosthenes…but you are not right when you take away from [Homer] his great learning, and declare that his creativity is the mythology of an old woman…Homer tells myths more accurately than later mythological authors, not totally recounting marvels, but for the sake of knowledge.
(Strabo, Geography)

Our first aim was accuracy: who could chart
The Aegean Sea, and knew the ways
Of the currents and the waves. The start
Was simple: debating who’d seen which place,
Who was a liar. The most fanciful tales
Could be dismissed. Yet the further we strayed
From well-known channels, the shakier the scales.
Maps must be confirmed, voyages replayed.
See: the more we check, the less the appeal.
The less too that we understand. We can scan
The waves now with a satellite, can steal
The dazzling truth of northern lights first-hand.
True place evades, like every dream we’ve had
Of Beirut, Aleppo, Paris and Baghdad.