The story of Simeon has given the church one of its oldest hymns, called the “Nunc Dimittis”, after the first two Latin words of the song: “Now dismiss…” There have been many musical versions of Simeon’s song, but today’s poem takes as its inspiration a modern setting by the living Swiss composer Carl Rütti. Rütti’s setting, full of dissonance and peace at the same time, perfectly captures the tension of the story, a moment of jubilation, fulfilment of age-old longing and pure relief and release. The same mood is captured for me in the painting by Rembrandt, who tackled the story of Simeon at the start and end of his career. This is the second of his versions, left unfinished at his death. Is it fitting that he never finished it? Rembrandt caught many of the most poignant moments of Scripture in a manner both raw and sublime. I personally love the second version much more than the first, though the latter is polished where the former is rough. Yet the roughness fits the theme perfectly: Simeon’s praying hands stretched out with the infant Jesus balanced over them, his eyes barely open, his mouth open just enough to say this final prayer. I’ve tried to capture some of this in today’s poem.

After the silence, a cascade
of wonder, of sound, of light.

Before the darkness, a sight
of promise, of presence, of peace.

And in this aching and drooping of arms,
an answer, a dimming, an eternal day.

Now dismiss. I hold the day;
I hold the way that holds me into night.

For now, where do we live?
These streets are made for walking:
quiet, reflective, built atop a hill where the cityscape
sinks beneath a thoughtful gaze.
No walls to be broken, no walls to repair;
watered gardens greet the roaming eye,
and here
an expectant couple waits
at the edge of the evening street.
Fruit trees, plane trees, crickets in the night:
all of this is built for peace,
but never built to last. 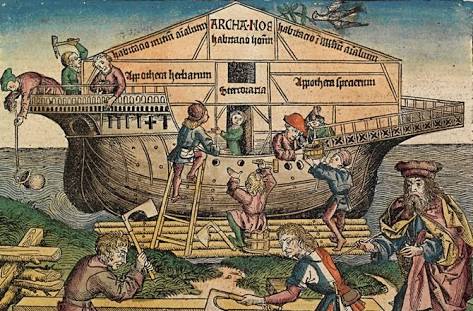 In Damascus, people whisper when out in public. When a waiter arrives at a table, people stop talking…

Then he said what I kept hearing over and over on this trip: “Syrians cannot do this to other Syrians.”

In the days before spring burst in war,
some still danced and lazed in pools.
Some saw the lion on the prowl,
and others stood beside him.

The food was fine still, and the wine.
The poetry was rich; the fruit
was ripening on the trees. Yet some
saw wolves lurk on the fold.

The wolf was in us before we knew;
the lamb was our first and last chance.
The older, younger Noah’s son
bought sunshine with His bow.

And on the hills we see an ark
where lion, lamb and wolf lie down.*
Yet only when true peace is prized
and no-one hides from truth.

*after Ephraim the Syrian, “Hymns on the Nativity: Hymn 7”

Clouds drift; distant, the birds sing.
The courtyard sunk in silence sits.
Somewhere cars continue the day,
and floating in the distance thoughts
of mateship dearly bought, and peace
woven where no need for war
had driven us to foreign shores,
repeat: We shall remember them.

This has no glory, only silence.
And in the silence fit
a thousand thoughts and prayers,
a million unremembered things,
a cove too far away.
At the going down of the sun – remember.
Remember the dawn and the children who lied,
the stories we told to justify.
Remember the lines that we drew in soil,
and the poppies in fields, dancing peace.

Lest we forget: a hundred years is short enough
and long enough to twist and deny.
The silence ends. Too soon the bugle calls the flag’s ascent.
Some twist their heads. Some do not know.
Let the children come and hear
the trumpet of no retreat.

How does the Holy Spirit help us?

The Holy Spirit convicts us of our sin, comforts us, guides us, gives us spiritual gifts and the desire to obey God; and he enables us to pray and to understand God’s Word.

my best attempts are straw.

My righteousness is dust, my hope

of being more is void.

us into growing grace.

rest on my spirit; open eyes

and ears and heart. Give gifts,

give life. Give comfort in this dross.

only when Your flame descends,